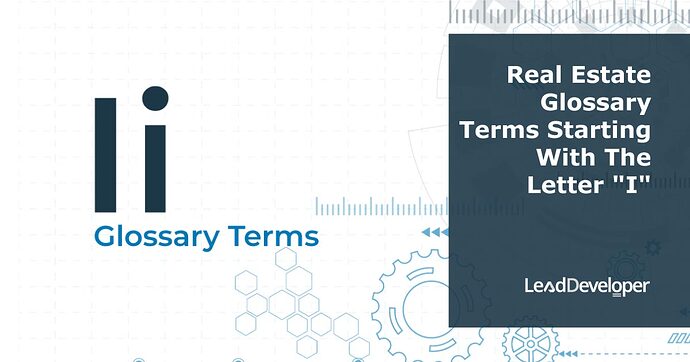 Property that is being held for the purpose of sale or usage.

The quantity available of a particular good, or a record of such a thing.

A landowner’s claim to force a government to use eminent domain on the grounds that regulation has essentially seized the whole worth of a property.

A just compensation action launched by a person whose property has been effectively taken, significantly interfered with, or taken without just recompense. For example, if a governmental authority announces that it will condemn an owner’s property but then takes an unreasonable amount of time to take the property, the owner can file a lawsuit to demand a condemnation and payment for the taking. If the noise of low-flying government aircraft interferes with the owner’s use of the land, inverse condemnation, or a taking of property for which compensation must be paid, may occur. Another case in point is when some public works are carried out, causing damage to a private owner, but no condemnation action is taken by a public entity. Inverse condemnations are so-called because they are initiated by an owner seeking compensation from the condemning body, and the payment is for land that was not explicitly condemned.

Courts have ruled that zoning actions that simply reduce the market value of property do not constitute a compensable action on an inverse condemnation theory as long as a reasonably viable economic use exists. Before there has been an actual take or physical interference with the subject property, an inverse condemnation claim is not available.

Inverse condemnation is the inverse of eminent domain and happens when a public institution indirectly “condemns” private property by acting (e.g., through a restricted use rule such as downzoning) or neglecting to act when it should have, resulting in property loss or damage. The taking is accomplished by actions rather than legal action. It makes no difference whether the act or omission to act was negligent.

Putting off present needs in favour of future wants.

Commitment of money or other assets with the hope of gaining financial reward.

Any action that entails incurring considerable current expenditures in exchange for the right to gain future advantages. An investment of money or anything of value in exchange for uncertain income or profit.

Money invested in a property with the expectation of profit, assuming a reasonable degree of safety and ultimate recovery of principal; especially for long-term use rather than speculation.

An asset that a company owns but doesn’t need to run its business. Land and/or buildings that are owned to get rental income now or in the future, keep or increase the value of the property, or both. It isn’t kept to use in making or selling goods or services, for running the business, or for administrative purposes. It’s also not kept to sell in the normal course of business. 21 See also Surplus Asset and Operational Asset.

A contract, transaction, or scheme in which a person invests money in a shared venture and is lead to believe that profits will come purely from the promoter’s or a third party’s efforts.

The sale of real estate through investment contracts is considered the sale of a security, necessitating compliance with federal and state securities regulations.

Investments rated AAA, AA, A, and BBB that are appropriate for regulated institutional investors.

How much interest was paid to buy or keep an investment property. This doesn’t include interest paid on a personal home or an interest from a passive activity. Investment property includes anything that brings in money, like interest, dividends, annuities, or royalties. It also includes any trade or business in which the taxpayer doesn’t participate much, as long as it isn’t considered a passive activity. Investment interest can be deducted up to the amount of income from the investment. Any extra interest from investments is carried over to the next year.

Internal Revenue Code provision that limits the amount of investment interest that may be deducted in a single taxable year on loans used to support investments.

The length of time that a property has been owned.

As defined by the Internal Revenue Code, an asset is one that is held primarily for the purpose of obtaining an investment return, particularly capital appreciation, as opposed to one that is held for use in one’s trade or company. Real estate investment opportunities include raw land and built lots.

Property purchased for the purpose of generating current income and capital appreciation.

Rather than a primary dwelling, a piece of property that generates revenue or serves as an investment.

That type of real estate property in which a person would invest in order to earn a profit.

the monthly (or annual) rate of return on an investment generated by rental and/or selling.

The likelihood that future cash flows or nonmonetary expenses and benefits will deviate from projected values.

A credit against income taxes generated as a result of investing in eligible assets.

A tax break depending on the cost and useful life of specific assets acquired.

The worth of a property to a certain investor, depending on his or her personal criteria, discount rate, expectations, and so on.

Value to a particular investor is determined by factors such as the investor’s needs, tax bracket, and financing options.

An investment’s growth in terms of money invested. Usually expressed as a percentage increase or return.

Large, relatively new, and completely leased commercial buildings in major metropolitan centres, often worth more than $10 million, and sought by institutional investors such as pension funds and international investors.

Any individual or company that invests in real estate to utilize in a trade or business or to generate money.

A person or a business that invests in a cash transaction.

Those land improvements that are not visible to the naked eye. They are general improvements to the land itself that are difficult to identify and assess because they have merged with the land, for example, cutting and filling, reclamations, timber treatment, and pest and noxious weed eradication.

When a property’s title passes to the state because the owner dies without any heirs, the state takes ownership of the property as a result of a lien foreclosure auction, adverse possession, a bankruptcy petition, or a condemnation under the authority of eminent domain.

A statutory lien, such as a real estate tax lien, judgment lien, or mechanic’s lien.

A lien that is imposed on property without the owner’s consent.

Before calculators and computers were common, appraisers often used a set of interest tables to figure out the present value of an annuity for a number of years at different interest rates. One of the many ways Inwood tables can be used is to figure out how much a leasehold interest is worth when the income stream (cash flow) stays the same. They are also called the “Inwood coefficients.”

The idea behind the system is that the present value of an annuity is not the sum of equal annual payments that will be made in the future. The annuity is only worth the amount that, if deposited today at a fixed rate of interest compounded annually, would allow one annual payment to be withdrawn at the end of the year.

The Investment Property Databank is a database of investment properties.

A deal that can’t be broken by the people who made it.

IRR of the differential

The rate of return calculated by subtracting the cash flows of one investment from those of another.

that which is irreversible

A contract that can’t be broken or changed. Most state licensing laws require a broker who doesn’t live in the state to sign a document saying that he or she will be bound by the outcome of any lawsuits brought against the broker.

A sprinkler system for the lawn.

Quasi-political districts established under special state statutes to supply water services to district property owners and given the authority to levy fees to fund district operations.

The Internal Revenue Service of the United States of America.

A map made up of lines (isolines) that link locations with the same attribute value.

A party who has given permission for securities to be created and sold to investors.

Taxpayer expenditures mentioned in Internal Revenue Code Sections 161 through 1 95 that can be deducted from adjusted income to arrive at taxable income.