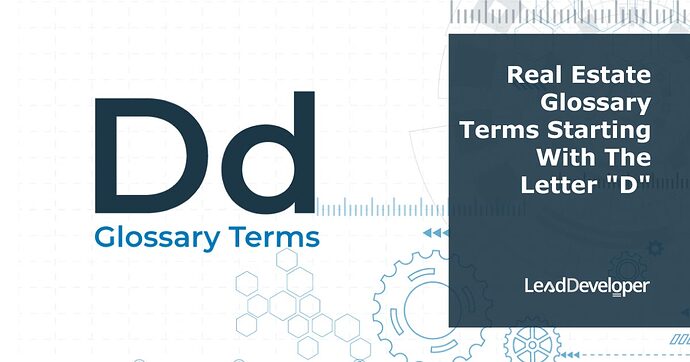 The timely analytical study of all reasonable factors affecting the development of a property, including environmental, financial, legal, and other factors.

The examination of all relevant information about a possible investment.

A potential purchaser’s study and fact-finding procedure that allows them to make a more educated decision about whether to buy or invest. Under legal words, this is the level of caution that a reasonable and sensible person would use in the conditions of the transaction.

After a buyer and seller reach an agreement on a purchase price, the buyer is given time to check the information provided by the seller. The buyer, for example, will want to confirm the scale of specific running expenditures, the current rent charged to renters, the absence of environmental hazards, and so on. The due-diligence procedure is the process of “kicking the tyres” before the final closing.

Analyze the property or asset to find out if there is a legal or financial liability. Most of the time, this is done by the buyer before an agreement is made.

The process of looking at a property, its documents, and the way it is run. This can be done by the potential lender or buyer, or for them. Using a consistent standard of inspection and investigation, one can figure out if the real conditions match the information or not.

All outstanding debt must be paid when the property is sold or transferred under a mortgage contract.

Proceedings conducted in conformity with legal precedent, legislation, and constitutional rules, with the goal of protecting the rights of all parties involved in a dispute.

Even though such clauses are upheld in most states, some state courts and legislatures have thrown them out because they are an unreasonable restriction on transferring the property, at least without proof that the transfer will hurt the lender’s security in the property (the “bankrupt-arsonist buyer”).

A due-on-encumbrance clause, which can be found in a mortgage or a deed of trust, is similar to a due-on-sale clause. It lets the mortgage holder pay off the mortgage note early if the mortgagor gets a second loan on the property. The clause is there because the mortgagee thinks that any extra financing reduces the mortgagor’s equity in the property and makes it more likely that the debt will not be paid. Some courts have also thrown out these kinds of clauses because they put unreasonable limits on how property can be sold.

Before 1990, there were no due-on-sale clauses in VA and FHA mortgages.

A mortgage provision demanding full payment of the mortgage at the time of selling. A new buyer will not be able to take on this form of financing.

The provision in a mortgage contract that mandates the borrower to repay the loan in full if the property used as security for the loan is sold.

A structure that houses two families and has separate entrances, kitchens, bedrooms, living spaces, and bathrooms for each. A two-family home with apartments that are either side by side (known as a twin in some locations) or one over the other.

Some duplex owners contend that a duplex is just the joining of two distinct single-family residences with a party wall in developments where single-family dwellings are prohibited. Many sub-dividers limit use to “detached single-family houses” to avoid such disputes. The rooms in a duplex apartment are spread out over two stories.

Under one roof, there are two residential units.

A concrete panel and fibreglass, which are usually used to back ceramic tiles. They are often found on bathtub decks. Also called “Wonder Board.”

A power-of-attorney document that says the attorney in fact will still have power even if the principal is physically or mentally unable to do so. Like all powers of attorney, it ends when the person who gave it to the agent dies.

The time it takes to perform a project activity.

Menace is the use of illegal force or action by one person against another in order to force the other person to do something against her will. Menace is also the threat of force. You can use duress as a reason not to enforce a contract because there was no real agreement between the parties. The person who was forced to sign a contract can’t use it against them. Courts don’t give much weight to economic duress, which is when a person says he was forced to sign a contract because of money problems.

Firms up framing by being tucked in between stud walls or joists on the floor.

The term “residence” refers to a location where people can live.

Any building, structure, or part of a building or structure that is used and occupied for human habitation or is meant to be used for that purpose, as well as any accessories. Many cities and towns have laws about fixing, closing, and tearing down homes that are not safe for people to live in.

A place to live. A dwelling or structure occupied solely for living purposes.

According to many zoning codes, a dwelling unit is a room or group of rooms that can be used by a family on its own and has a single kitchen, unlike a hotel room. Under the federal Fair Housing Act, this term refers to any place that is meant to be a home. Hotels, motels, and other similar places are not included.

A place to live. A dwelling or structure occupied solely for living purposes.

The plumbing system is responsible for getting water and sewer gas out of the house.

A complex and ever-changing or evolving group of different and interconnected entities and agents that are put together into a whole that works and serves multiple and/or common goals. See also how the system and the market work.